FREE UPDATE WITH 8 ALL NEW SWORDS! That's 24 new Sword Cards to mix and match with your favorites.

Fight your friends in this twist on classic Rock-Paper-Scissors you can learn and play in minutes, anytime, anywhere- no table needed!

Make a sword that suits your style with 20 unique blades, hilts, and game-changing charms in themes like Spooky, Sweet, and Circus.

4 friends can fight at once in Tag-Team, or try extra game modes like Rummy Swords and Duelist Kingdom. Up to 5 people can play Tiny Swords Conquest, which turns the whole deck into a madcap strategy game, so that the fun never ends!

Included in the ZIP file:

-Way of the Tiny Sword Manual (includes rules for basic play as well as extra modes like Tag-Team, Duelist Kingdom, and Rummy Swords)

-Tiny Swords Conquest Manual (rules for an alternate game that uses all of the Tiny Swords cards in a madcap strategy game for 2-5 players! Comes with rules for variant modes like King of the Hill and Storm the Castle)

Tiny Swords was originally released as a print and play game on Itch.io, and thanks to a successful Kickstarter campaign it'll now be released as a complete physical game! This is the official print and play version of that final game, but you can still check out the original Beta version here.

In order to download this game you must purchase it at or above the minimum price of $5 USD. You will get access to the following files: 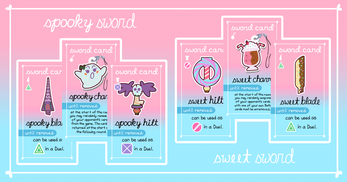 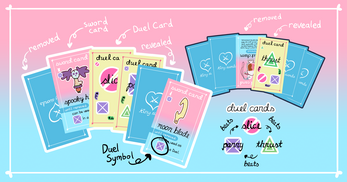 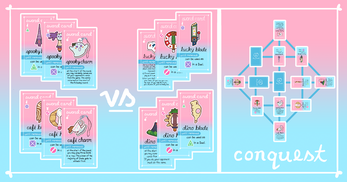